The new iceboard world record (inofficial) was set on the Swedish lake Glan outside Norrköping – Sweden by Henrik Mård S414. The new record speed, windsurfing on ice,  53.96 knots (average 5*10 sec) was set on his three blade Mårdboard 3.1 and Gaastra Vapor 5.0. The world record is yet to be verified by gps-icesailing.com. The old record 52.65 knots was set 2012 by Jeff Brown – United States.

Henriks top speed during the session was impressive 58.98 knots (2 sec). Check out his video from the record session. Also check out his session on gps-icesailing.com. 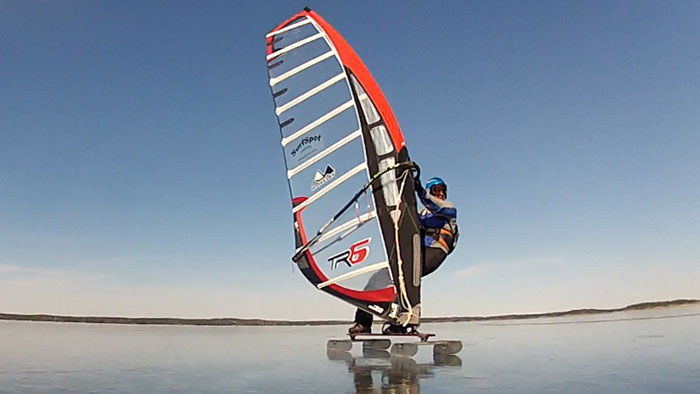 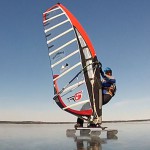 Speedsurfing – How to tune a racing sails to go fast