We have been on the Starboard Futura Carbon 2013/2014 for quite a while now and we are pretty pleased with the Futuras over all performance. Even though the Futura offers slalom-like performance its more like a freeride board when it comes to gybes and handling. The Futura also behaves excellent in overpowered conditions, very stable and controlled even if you are sailing in conditions where you normally would have been better off with a much smaller board. On the down-side we feel that the Starboard Futura Carbon is somewhat more fragile than others full carbon (LTD) boards within this segment, so if you are an intermediate or super sensitive to flaws I would consider choosing the Futura wood-carbon instead.

Compared to the Starboard Futura 2012 the new Futura got more open cutaways that will ensure cleaner wake turbulence and lower drag, this will give you more top end speed. The Starboard Futura range remains unchanged between 2013 and 2014.

If the Futura is to hardcore the Starboard Carve freeride could be an alternative. If you would like something more hardcore (full slalom) you should have a look at the Starboard iSonic.

The windsurfing board tests presented below is some highlights to give you an overview regarding the pros and cons of a particular board. Please consider supporting the international windsurfing press by an subscription.

Compared to last year, the Starboard Futura feels more accessible and stable in light winds. But the Futura remains a racing machine. Right off the beach, the Futura accelerates immediately and reaches an impressive top speed very quickly. The speed of the Futura is only limited by the rider itself.

The jibing performance has been improved although Futura remains a bit more demanding and technical compared to the relaxed free ride shapes within this test group. In over-powered conditions, the Futura remains in control and transforms the heaviest gust into speed.

With a wide outline, the Futura is very quick to accelerate and lift onto the plane, requiring very little effort, or indeed wind, to get going.
Through maneuvers the Starboard Futura definitely feels “automatic” with a versatile, smooth carving style that’s easy to power out of turns.

Riders of all levels will find this board highly rewarding and exciting ; a high performance freeride board that covers everything from basic freeriding to hardcore freeracing.

The top speed of the Futura really is very impressive, as it really flies along with pressure on the (excellent) fin and the only limit is imposed by the rider itself. But where pure bred slalom boards are a handful in chop, the Futura plays nicely and the difference in which it absorbs chop bombardment will make itself felt.

Those who prefer to cruise around with a tad bit less ferociousness, are well advised with the Starboard Carve. The Futura will go through its gybes consistently but one should really choose wide arches. 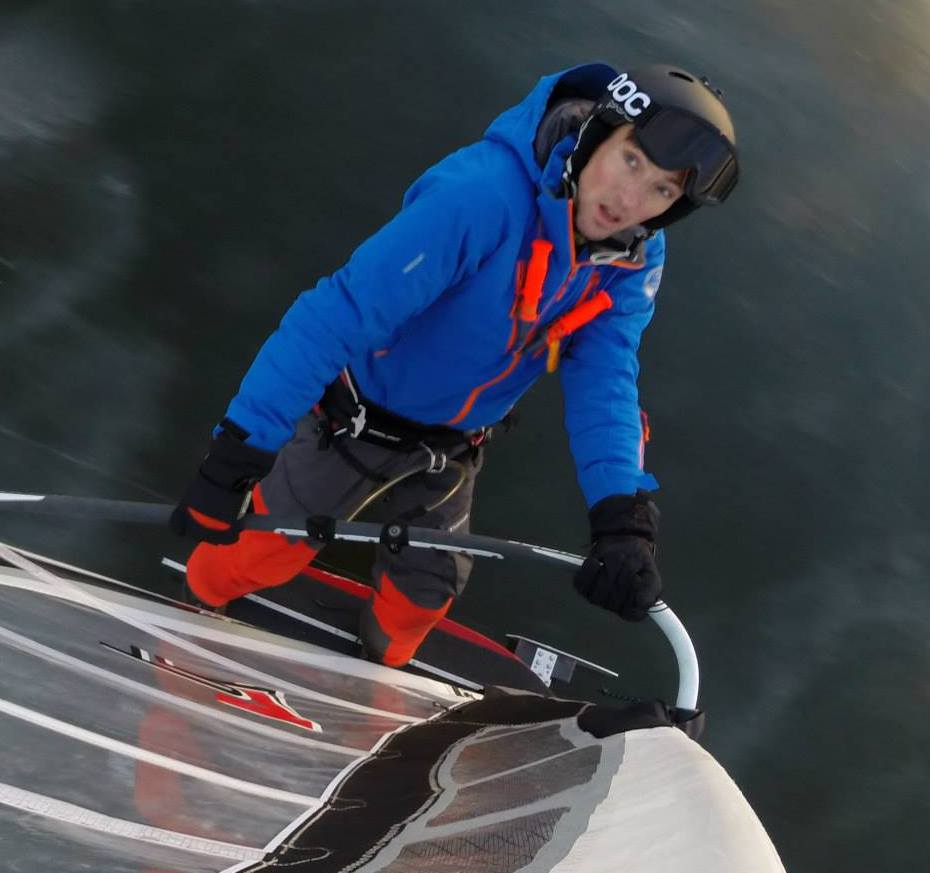 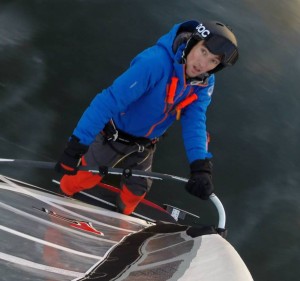 We have been using the Flymount for quite a while now in combination with our GoPro Hero 3+. We have had the opportunity to test the windsurfing gopro mount with focus on flexibility, versatility and durability.

Update: Read the test of the Flymount Generation 4.

At this stage we have tested the Flymount during our Ice Board sessions, moving it  from the windsurfing boom to the mast and we have also used it to shoot some hand held footage.

When finetuning is crucial

Compared to the Windsurfing GoPro mount DIY that we have used before, the Flymount is really great when it comes to finetuning the pressure on the equipment. This isnt that important when you attach your GoPro on the boom, if you would like to attach your GoPro on the mast however, its a whole different story. With the Flymount we have been able to attach our GoPro half way down from the mast-top without the risk of damaging the sail.

When testing the durability of products like windsurfing mounts a sport like Ice Boarding is perfect. We have crashed the Flymount  several times on to the ICE without any visible damage or loss of performance, that goes for the GoPro aswell.

The Fanatic Falcon have been totally reworked for 2011. Refined rocker curve, thicker rails and some extra volume in the tail. Double concaves in the nose for early planing into vee in the tail for speed and control.

Fanatic have made several changes to obtain better planing ability, still the Falcon is not a planing machine. The Fanatic Falcon stands out with exelent speed, control and great gybing ability. The small sizes focuses on speed while the large sizes focus on light wind performance. No fin is provided. Select has a special fin selector for Fanatic Falcon.

The Fanatic Falcon 111 is very quick to accelerate and the increased volume in the tail enables you to get back into the straps early. The Falcon feels like a freeride board in terms of comfort and ease of use, delivering a lot of plug & play potential for such a hardcore race board…

…but it’s in the cornering and the acceleration coming out of the tums that the Fanatic Falcon will pull you ahead of the pack.

If you are looking for a more durable and forgiving board, have look at Fanatics Freerace board Fanatic Ray 2011 or the more Freeride oriented Fanatic Hawk 2011.